Photonics has been a research field in the University of Eastern Finland for 50-years, but the master’s program dedicated only for photonics and its applications was launched a decade ago. On the 26th of October celebrations were held in an online jubilee seminar for the 10-year anniversary of the Photonics master program in UEF.

Professor Jyrki Saarinen who is the Head of the Institute of Photonics at UEF opened the event and also summarized the in the end why the 21st century is the century of photonics. Saarinen has been involved in the development of the photonics program since 2012 and emphasised the close connection with industry and education.

The Academic Rector, Professor Tapio Määttä who is also a member of the PREIN Steering Committee congratulated the Photonics Institute on its activities both locally and globally and remarked that a significant photonics ecosystem has grown in the North Karelia region in close connection with the University. 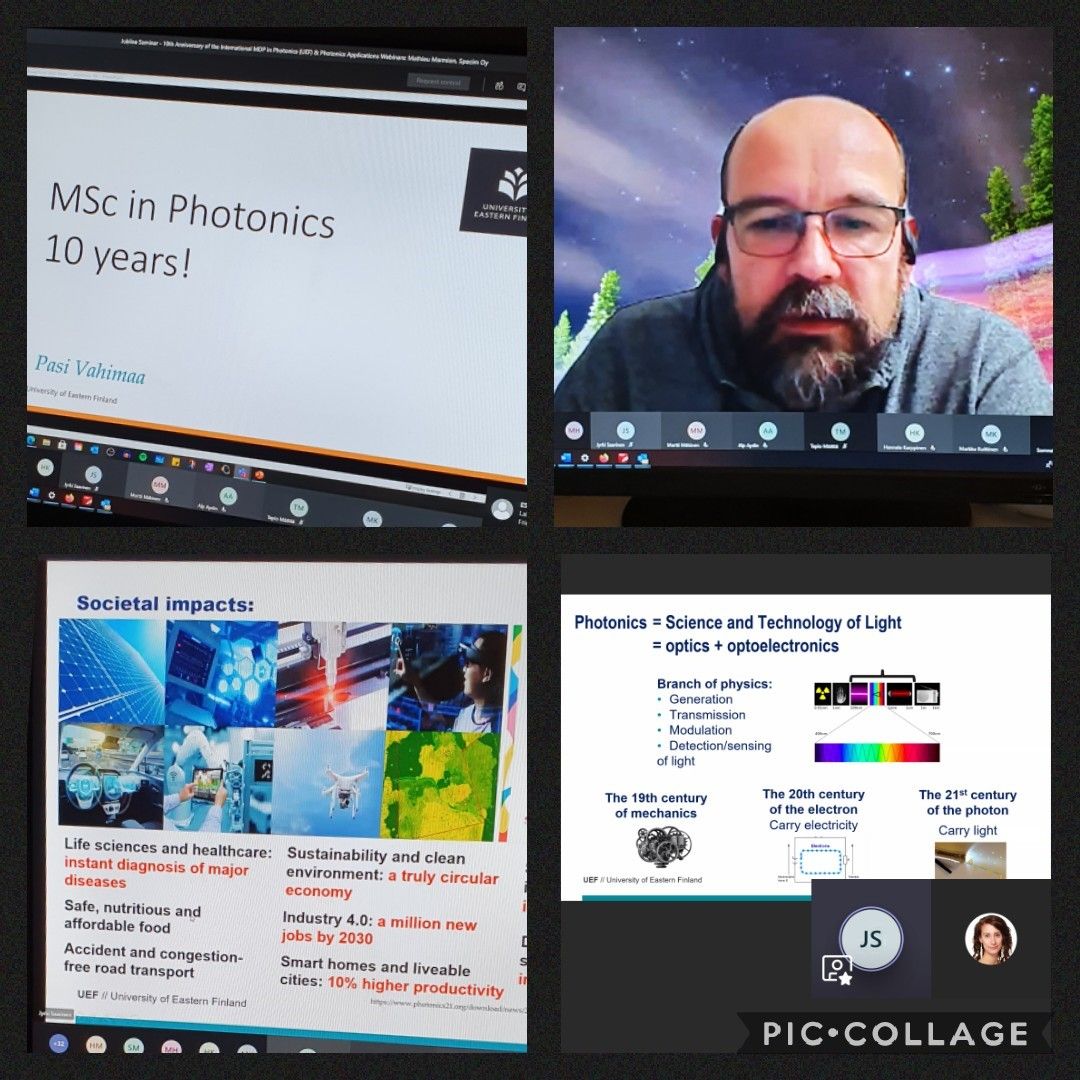 Professor Pasi Vahimaa reminisced the dawn of the international photonics program. He noted that the marketing and recruitment of students internationally has been a success factor for the growth of the photonics MSc program.

Dr. Somnath Paul, presented a view form the program alumnus telling about his journey from India to Joensuu to study photonics, complete a doctoral degree and there on to industry. Currently he works as a Senior Manufacturing Engineer at Dispelix.