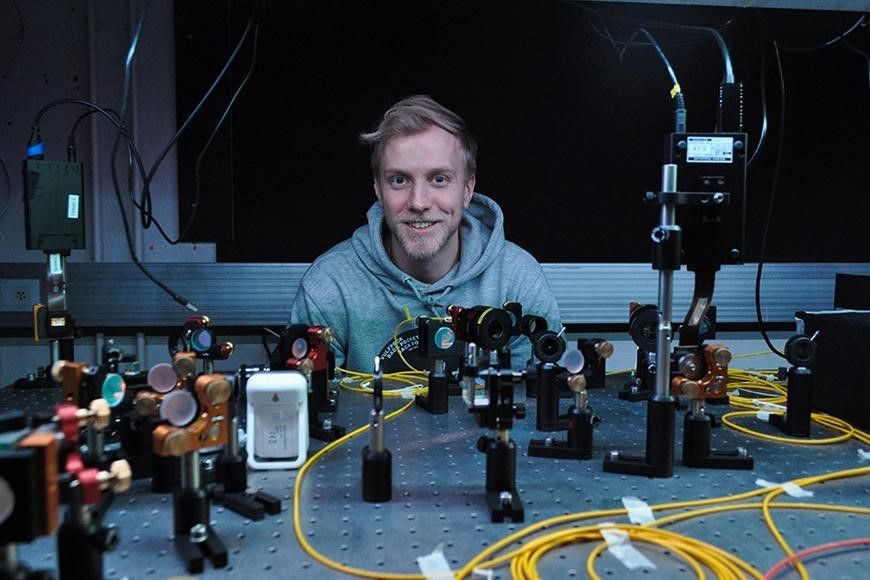 The thesis introduces a method for generating unitary transformations. The method is based on multi-plane light conversion (MPLC), where the spatial structure of light is transformed through multiple consecutive transverse-phase modulations. The method used for generating these task specific phase-modulations is called wavefront matching (WFM). Some of the research results have already been published in Optica and Optic Express.

Hiekkamäki is currently working in the PREIN flagship in Experimental Quantum Optics group lead by Dr. Robert Fickler. He will continue research on high-dimensional quantum-states and single photons in his doctoral thesis research.