PREIN participates in outreach activities in Tampere event for families

The “Tiedon valoa” (the light of science) – event targeted to families and children was organized in Tampere-talo hall in the end of January and it attracted 4408 visitors. Citizens of all ages found plenty of interesting demos, services and applications for trying and testing. Tiedon valoa event is part of the Tampere Smart City Week 25. – 31. January 2020 organised by Tampere Universities and partners. At the aptly named event, the Tampere University photonics laboratory and the flagship for Photonics Research and innovation (PREIN) had a stand featuring demos and providing information on the practical applications of the applications of the science of light.

One of the PREIN outreach target audiences is children and youth and by participating in popular events and fairs PREIN increases general awareness about photonics and the vast array of applications light can be used for in energy production, medical applications, data transmission and many other fields. Also many of the other demos and research presented are rely on photonics application including the virtual reality gear, drones and robots. 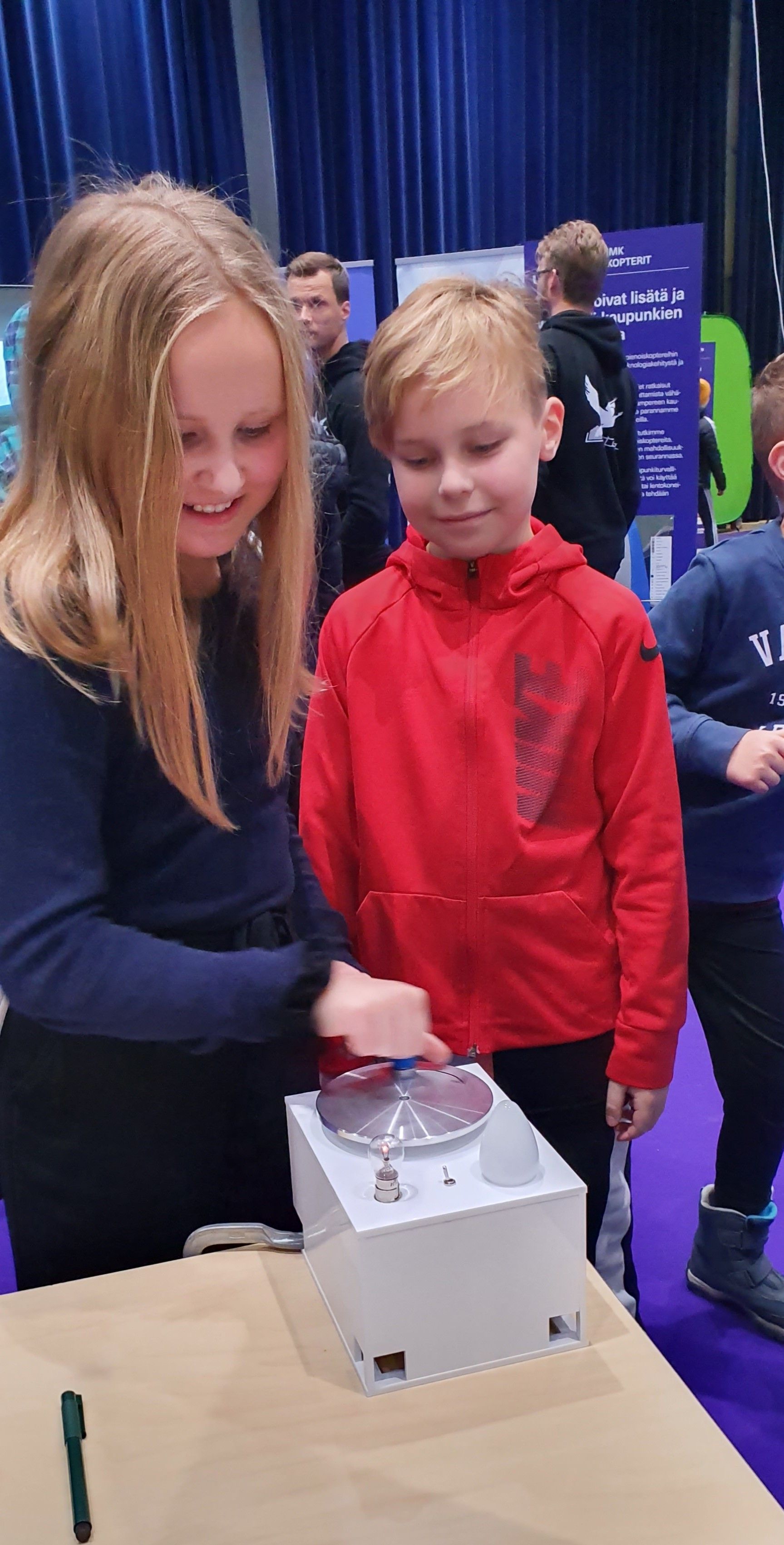 Efficient lighting. The demo for efficient and energy-saving lighting provided a hands-on experience on the difference of an incandescent light bulb and a led light. By using the turning device to produce energy to the two lamps children saw in a practical manner the difference. LED lamps have a lifespan many times longer than equivalent incandescent lamps and are significantly more efficient. 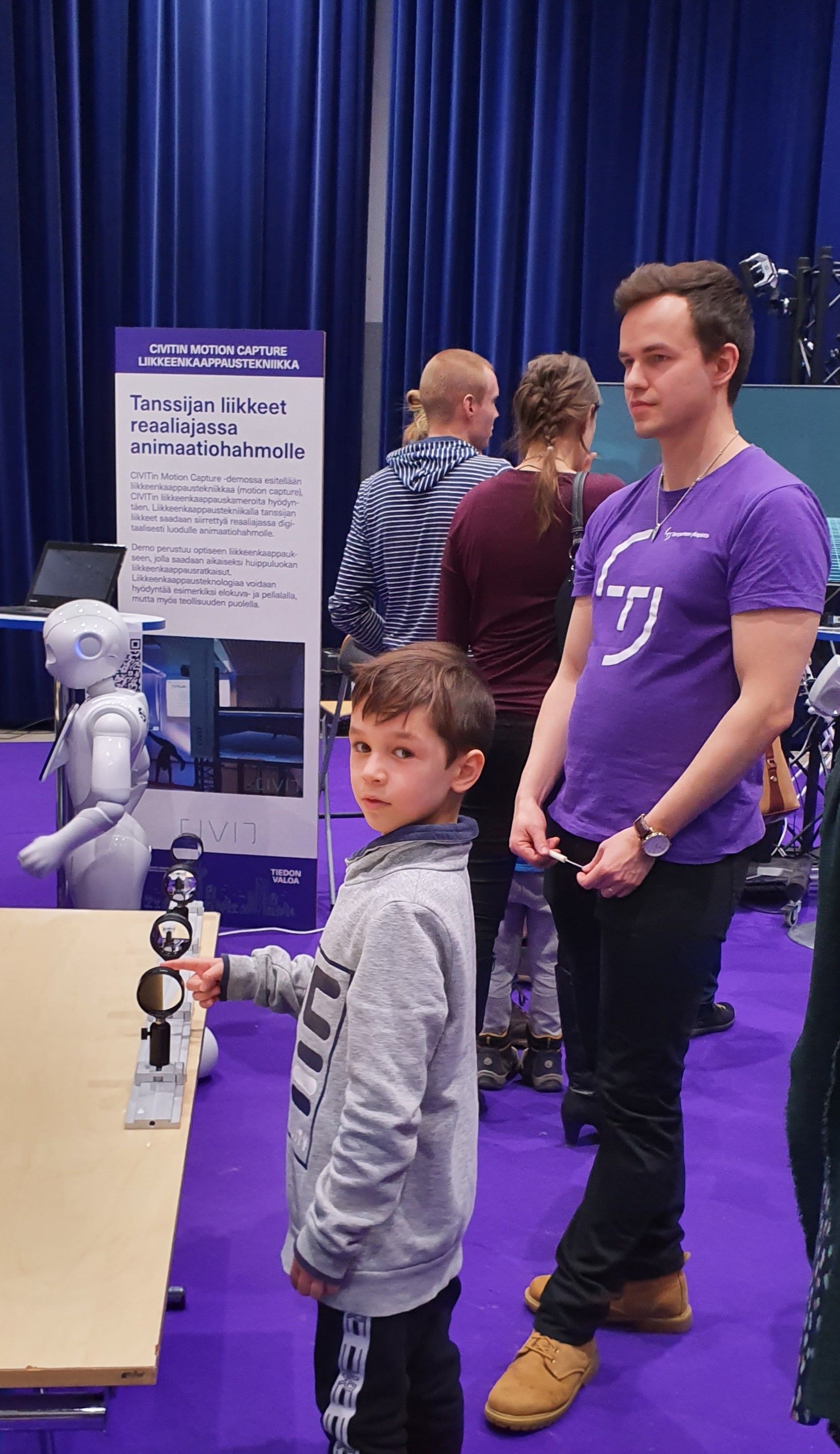 Almost like an invisibility cloak. The lenses placed in a row collect the rays of light to a focal point. Close to the focal point there is an area where you can place an object and it is not detected by the video camera as the light is condensed and passes through the lenses uninhibited.