Follow us:
Success for the launch event of the Photonics Research and Innovation Flagship
Zhipei Sun to Receive Highly Competed ERC Advanced Grant
Flagship projects featured in the Academy of Finland videos
Celebrate the International Day of Light on May 16th!
The International Day of Light event at VTT introduced photonics to comprehensive and secondary school students
The Board of Tampere University visited the photonics laboratories in Tampere University
PREIN Flagship kick-off event organized at the Optics and Photonics days in May 2019
Light-controlled autonomous soft robots which mimic nature
Great success for the Kickoff Meeting of PREIN
Horizon2020 funding for research consortium on pulse-laser cutting
New publication on "materials that learn"
A new joint Erasmus Mundus masters programme related to the photonics flagship selected
Four flagships to contribute to the Forest and Photonics event
Photonics Research and Innovation PREIN Newsletter launched!
Aalto University acknowledges the research impact of two flagships
BEST course in photonics arranged in Tampere in October
Research on mystery rogue waves summarised in new publication
The Flagship for Photonics Research and Innovation PREIN is looking for an Impact Specialist
Millenium Youth Prize challenges young people to an innovation competition
PREIN offered a Photonics workshop in Shaking up Tech
New doctoral theses on solar energy and lasers
Research on learning materials gets attention in media
Board of stakeholders cooperate with flagship to enhance industry collaboration
A summary of the flagship’s first year
Plans for 2020 for the Flagship on Photonics Research and Innovation
New initiative to tackle the problems of bladder cancer diagnosis and treatment with photonics
Scientific Advisory Board applauds PREIN research results
Funding for dedicated photonics pilot-line for medical diagnostics at VTT

The Photonics Research and Innovation Flagship launch event gathered Tampere University leaders, photonics researchers and local stakeholders together to celebrate the success in the Academy of Finland funding.

Tampere University held an internal launch event to celebrate the success of photonics in the Academy of Finland flagship funding. The Photonics Research and Innovation Flagship (PREIN) was one of the six selected Flagships for funding over a period eight-year from the beginning of 2019.

In the launch event the extensive community of photonics researchers, representatives of Tampere University and local stakeholders got together. Of the regional contacts, Business Tampere, Pirkanmaa region, the Tampere imaging community and local photonics related companies, such as AAC Technologies and Nomicam, were represented, as well as the former mayor the city of Tampere Anna-Kaisa Ikonen. 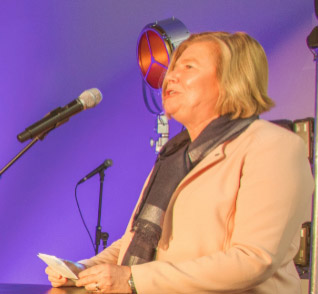 President Mari Walls opened the event emphasizing the importance of strong research spearheads in technology and cooperation with other universities and stakeholders. Dean of the faculty of Engineering and Natural Sciences Martti Kauranen looked back in to the impressive thirty-year history of photonics research in Tampere thanking those who contributed to the development of the field during the past decades.

The director of the photonics Flagship professor Goëry Genty introduced the objectives of PREIN, highlighting the importance of light-based technologies in our everyday life and its key role for a sustainable future, and encouraging other communities to join the Flagship to make it a truly multi-disciplinary platform that develops novel solutions to societal challenges.

The vice-director professor Jyrki Saarinen from the University of Eastern Finland focused on the importance and impact of photonics in the Finnish economy, emphasising the opportunity for new industrial collaborations.

The Flagship on Photonics Research and Innovation focuses on light-based technologies and their applications. Photonics and light-based technologies play a central role in all areas of modern life, including in telecommunications, biomedicine, health care, energy and environment, manufacturing, and consumer products. The coordinator of the PREIN flagship is Tampere University. Other partners are the University of Eastern Finland, Aalto University and VTT.